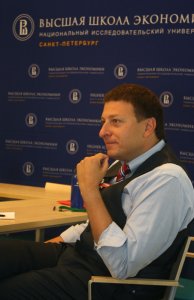 Was transition from empire to nation seen as inevitable at the time of the Great War and ensued political transformations? Was empire a hopeless archaism in the time of progress and reform?

The lecture will critically address the idiom of transition from empire to nation for the period of early twentieth century and explore the range of visions of post-imperial order in the midst of political debates surrounding the explosion of mass politics and revolutionary transformations. The guest lecture will as well situate the case of the imperial transformation of the Russian Empire in the global and comparative context, pondering the puzzle of mismatch between expectations of the contemporaries and the historic outcomes. Indeed, who could predict in 1913 that Russia would take place of the Habsburg empire in taking on federalist solutions to the challenge of the heterogenous imperial space, while the Habsburg and the Ottoman Empire each in its own way would pursue the nationalist and nationalising visions of political future?

Alexander Semyonov is Professor at the Department of History and Director of the Center for Historical Research at the Higher School of Economics in St. Petersburg. ). He received a PhD in History from Central European University in Hungary. Since 2000, Alexander Semyonov is co-founder and member of the editorial board of the international scientific journal »Ab Imperio: Studies of New Imperial History and Nationalism in the Post Soviet Space». In 2016, received the position of visiting research fellow at Regensburg University (Germany) and is an honorary research fellow of Graduiertenschule für Ost- und Südosteuropastudien in Regensburg.

Guest lecture by Prof. Alexander Semyonov: “From Empire to Nation? The Case of Imperial Transformations of the Russian Empire”